Have we missed the boat? Is it too late to repair the damage done?

It occurs to me that we have been in a war for a lot longer than you think.  The war? For the minds of the populace.  Remember this quote? 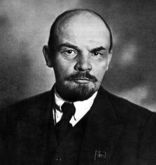 “Give me just one generation of youth, and I’ll transform the whole world.”

it would appear that after 3 generations, by my reccollection we have come to the point that we have forgotten history, and history is being rewritten.  It seems to me that since about the 1970’s there have been forces in play to fundamentally change the US.  It started in school, where so many of these things start. If you can teach the young, that is what they will know the rest of their lives. Look at the small changes in the schools over the years. I will take one subject as an example. In this case history. back before the 70’s we had courses like American history and world history and the constitution . in the 70’s they changed it to social studies and dropped the course on the constitution. it has evolved so far that now, there is no American history, hardly any world history, and now it is black history and gender studies.
I keep thinking that we are close to repeating the history of the romans and their decline from the greatest empire to a shambles.
remember this quote?
George Santayana said “Those who cannot remember the past are condemned to repeat it” as stated in his work, The Life of Reason: Reason in Common Sense.
Is it too late? Have we lost the battle because we may not have seen it happening?  Did we simply let it slip by while we weren’t looking? Is there a path we can take at this point that will lead us back to greatness?  We have kids that do not know their history, can not tell time, can not do math, can not read cursive. But they are told they can choose their gender, have an abortion with out parental permission. Where racism was almost whipped out, because no one thought about it, and we were taught back in the 70’s that there are no differences, to now you must bow before a certain race or sickness.
How can we return to sanity? Is there an option to fix what I perceive as broken?
I pray to God there is a way to fix this.
By: GlennmsCategories: Law and Order Politics